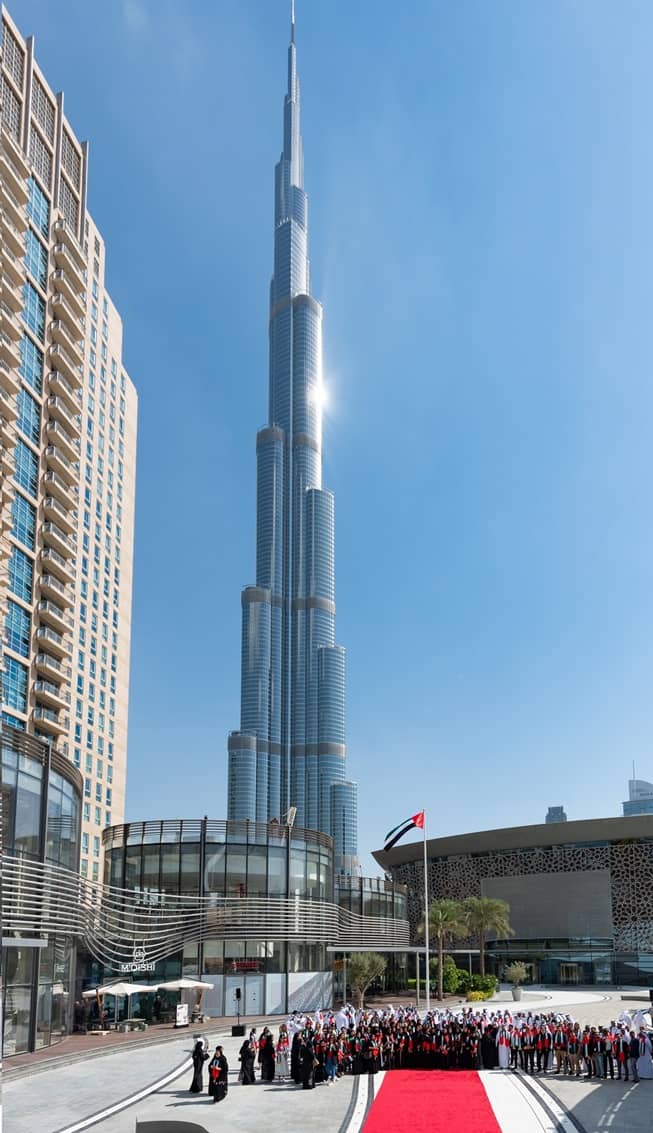 EMAAR CELEBRATES UAE FLAG DAY TO SALUTE THE NATION, ITS LEADERSHIP AND PEOPLE

Emaar Properties celebrated the UAE Flag Day to honour the nation, its leadership and the people, and to underline the spirit of togetherness that binds the country, enabling it to mark impressive achievements. At a ceremony held in Downtown Dubai, Emaar’s senior management team and employees joined to hoist the UAE National Flag, a symbol of the nation’s pride and strength.

EMAAR JOINED GOVERNMENTAL ENTITIES, PRIVATE SECTOR ENTITIES AND EDUCATIONAL INSTITUTIONS ACROSS THE NATION IN PLEDGING ALLEGIANCE TO THE NATIONAL FLAG, A SYMBOL OF UNITY, PATRIOTISM AND LOYALTY TO THE COUNTRY.